Dr. Anne Gillis is a Professor of Medicine at the University of Calgary. She graduated from Dalhousie University with an MD degree and recipient of the gold medal in 1979. She interned at St. Michael’s Hospital in Toronto, was a resident in internal medicine/cardiology at the Victoria General Hospital/Dalhousie University in Halifax and then completed training in cardiology and cardiac electrophysiology at Stanford University between 1982-1985. Following a year of research in Germany, she joined the Faculty of Medicine at the University of Calgary in 1986.

Dr. Gillis is internationally recognized as a clinician scientist and has published many studies contributing to our understanding of mechanisms of cardiac arrhythmias and the development of new treatments for arrhythmias. Her current research interests focus on mechanisms of arrhythmogenesis in experimental models, novel treatments for atrial fibrillation and the use of implantable device therapy for the diagnosis and treatment of cardiac arrhythmias.

She has consistently held peer reviewed research support throughout her career including funding from the Heart and Stroke 1987-2005, 2007-2010 and 2012-2015 and the MRC/CIHR from 1998-2008. She was a coinvestigator on a New Zealand Health Research Council Program Grant 2013-2018 ($4,993,668.82) “Mapping determinants of arrhythmia in structural heart disease”. She spent 2014 on sabbatical leave at the Auckland Bioengineering Institute and led the initiation of much of the experimental work funded by the recent program grant. 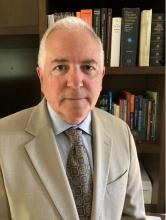 In July 1991, Dr. Rick Leather joined the Electrophysiology program in Vancouver where he worked until April 1994. During that time, he was the Medical Director of the Pacemaker Clinic, Assistant Director of the Coronary Care Unit at Vancouver General Hospital and served as Director for Electrophysiology. He moved to Victoria, British Columbia in 1994 where he helped establish and build the Electrophysiology program on Vancouver Island. Through the personal connections and networks that Dr. Leather established, this program ended up providing clinical electrophysiology care not only Vancouver Island, but to a large part of the interior of British Columbia for over 15 years. As the clinical needs continued to grow in the BC interior, Dr. Rick Leather was instrumental in establishing a new electrophysiology service in Kelowna, BC which opened in September 2020.

In Oct 2002, Dr. Rick Leather undertook a professional exchange with Dr. Glenn Young and worked at the Royal Adelaide University Hospital in Australia. This open international exchange of training and experience is a large part of Dr. Leather’s character. This desire for teaching and learning lead Dr. Leather to co-establish an EP training program in Victoria that has provided electrophysiology training for over 29 Canadian and International fellows from Australia, Europe and Africa.

Dr. Rick Leather has also been a huge supporter of Canadian and International research. He cofounded the Victoria Cardiac Arrhythmia Trials with Dr. Larry Sterns. Through this self funded organization, patients have been enrolled in over 100 trials that have had a huge impact on the field of Electrophysiology. Dr. Rick Leather is not the PI for these investigations but has been a huge supporter and has enrolled many patients that have made these trials a success. Some of these trials include: AF-CHF; Aristotle; Assert; Athena; Atlas S-ICD; Bruce Control I and II; Circa-Dose; Dinamit; Early-AF; Node 301, 302 and 303; Ocean, Optic, Pace-AF, Pain-Free, Pallas; Post II and IV; RAAFT; RAFT; RAFT-AF; RAFT-Perm AF; RE-LY; Re-Circuit; Refine-ICD; SCD-HeFT; Shockless; Simple; SMAC AF; Spritely; Star-AF; Star-AF II; Vanish 1 and 2; and Wrap It to name a few.

Dr. Rick Leather served as Chief of the Division of Cardiology at the Royal Jubilee Hospital from February 2005 until January 2008. Through this role, his passion for education and support for others was evident with the expansion of resident training in Victoria. His passion for quality education was recognized by the residents with the UBC(Victoria) Department of Family Practice post grad teaching award (Teacher of the Year) in 1997 and again in 2007. He was also awarded the 2009 UBC postgraduate Program in Cardiology “Best Presentation at Academic Half day by a Guest Speaker”.

Finally, Dr. Rick Leather has served on numerous committees to promote and support electrophysiology care. He has served on the BC Cardiac Registry Steering Committee from 2002 until present. He has worked as well as chaired the Provincial Advisory Panel on Cardiac Health: Subcommittee on Electrophysiology, Pacemakers and ICDs from 2004 until present. He was a Royal College Examiner for Cardiology from 1997 until 2004. He was a Member at Large for the Canadian Heart Rhythm Society from 2008 until 2010. He is an ongoing Member of the Post Graduate Education Committee for UBC (Representing non-Vancouver sites) from 2010. And finally, he services on the Cardiac Services BC – AF ablation outcomes committee from 2013 until present.

Dr. Rick Leather has built his career in providing exceptional quality electrophysiology care for patients. His passion for research and education has shown through this work, only to be outdone by his collegial approach and his support for others. 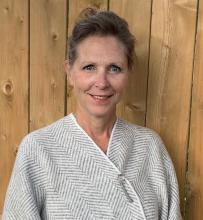 Patricia Theoret-Patrick is a Registered Nurse who began her nursing career at the Grace Salvation Army Hospital in Ottawa, ON from 1986-1998. She joined the clinical research team at the University of Ottawa Heart Institute in 1998 as a research coordinator. She was the trial coordinator for the In-Sync, Miracle, Miracle ICD and SCD-Heft studies, as well as several investigator-initiated studies.

Patricia took on the Project Manager role for the Canadian Institutes of Health Research funded multicentre, multinational RAFT Study from 2003-2010. This large trial included 1,798 patients from 24 centres in Canada, eight centres in Europe and Turkey, and two centres in Australia. The study, published in the NEJM, demonstrated that the addition of CRT to the standard ICD therapy, among patients with mild to moderate heart failure, reduces Death or hospitalization for heart failure: 25% relative risk reduction. This knowledge translated to a change in the practice guidelines and the adoption of CRT into usual clinical practice, benefitting many HF patients

Following the RAFT Study, Patricia manages the CIHR funded multicentre trials RAFT-AF and RAFT-PermAF Study. Patricia has played a pivotal role in communicating and encouraging partnership and teamwork of all the involved Canadian sites. She is a strong believer in the importance of the critical role the research coordinators are to study successes and has made every effort to be a resource and support for coordinators. In addition, Patricia has managed the EARLY-AF Study, a multicentre Canadian study, that was published in the NEJM in 2020 and that demonstrated the superiority of ablation over antiarrhythmic drugs for AF recurrence, quality of life, and AF burden as first-line therapy.

From 2008-2016, Patricia organized the biannual meetings for the Canadian Clinical Arrhythmia Research Workshop at which brainstorming of potential research studies began, which led to the multiple Investigators securing funding and establishing their own teams to manage the coordination of multicentre studies.

Patricia played a key role in mentoring other Project Managers across Canada and would frequently be consulted for her expertise. As the EP community expanded across Canada and was successful in securing peer-reviewed and industry grants, Patricia played a critical role in mentoring other research coordinators that aspired to be project managers. She encouraged their professional growth and volunteered many hours to share her expertise and knowledge to secure their successes. In addition, she was very well versed on the application process to CIHR for RCTs and would often be a support for Investigators with the submission process.

As of 2018, Patricia has taken on the voluntary role of Allied Health Profession Representative for the Cardiac Arrhythmia Network of Canada (CANet) Training and Education Committee.  She has presented at the annual University of Ottawa Heart Institute Research Workshop and the annual CANet Trainee workshops to share her knowledge on the logistics of managing multi centre studies. In addition, she has lectured at the University of Ottawa and University of Calgary Clinical Trials courses to provide information on the practical aspects of clinical research multicentre study management. 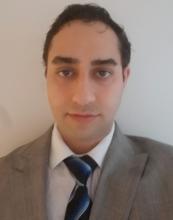 Dr. Amit Sodhi joined as an Electrophysiology and Device Fellow at Royal Jubilee Hospital in Victoria in July 2021. He graduated with Honors in Biochemistry from UBC and did research training at Alberta Cross Cancer Institute and BC Cancer Research Center where he secured competitive research grants at both the sites. He completed his Internal Medicine and subsequently Cardiology training at UBC in June 2021. During this Cardiology training, he was awarded the top research prize at Annual Cardiology Research Day for two years, and also received the Joseph J. Diamond Memorial Prize for research excellence. He had an active interest in resident teaching during his training and led the sessions for procedural training for Internal Medicine and Cardiology Fellow simulation training.

Dr. Sodhi has been involved in arrhythmia research focusing on risk of recurrent arrhythmias after ICD implantation and its impact on driving guidelines. In addition to medicine, he enjoys skiing, backpacking and any other way to enjoy the tremendous natural beauty of BC.

The Canadian Heart Rhythm Society (CHRS) Achievement Award was created in 2012 to recognize Canadian CHRS members who have made outstanding contributions in their career within the cardiovascular heart rhythm field.

CHRS members are asked to nominate an individual:

The award will be presented at the CHRS Annual Meeting. The winner will receive the CHRS Crystal Award, as well as complimentary annual membership dues for the following year.

The Magdy Basta Award was created in 2017 to recognize a CHRS member who has made great efforts to support the research of others. This could be through mentoring; enrollment in clinical trials, research education; grant assistance or other things that someone has done to forward Canadian research, without obvious benefit for themselves.

CHRS members are asked to nominate an individual:

The award will be presented at the CHRS Annual Meeting. The winner will receive an honorary plaque.

CHRS members are asked to nominate an individual whose/who:

The award will be presented at the CHRS Annual Meeting. The winner will receive an honorary plaque as well as complimentary annual membership dues for the following year.

The CHRS Highest Rated Electrophysiology Abstract by a Trainee Award was created in 2012. Abstracts that are accepted for presentation at Canadian Cardiovascular Congress (CCC) that are submitted to the CHRS EP Trainee Award will be considered; the trainee with the highest rated electrophysiology abstract will be selected as the winner.

The award will be presented at the CHRS Annual Meeting. The winner will receive an honorary plaque.

Be in the know.
Become a CHRS member today.